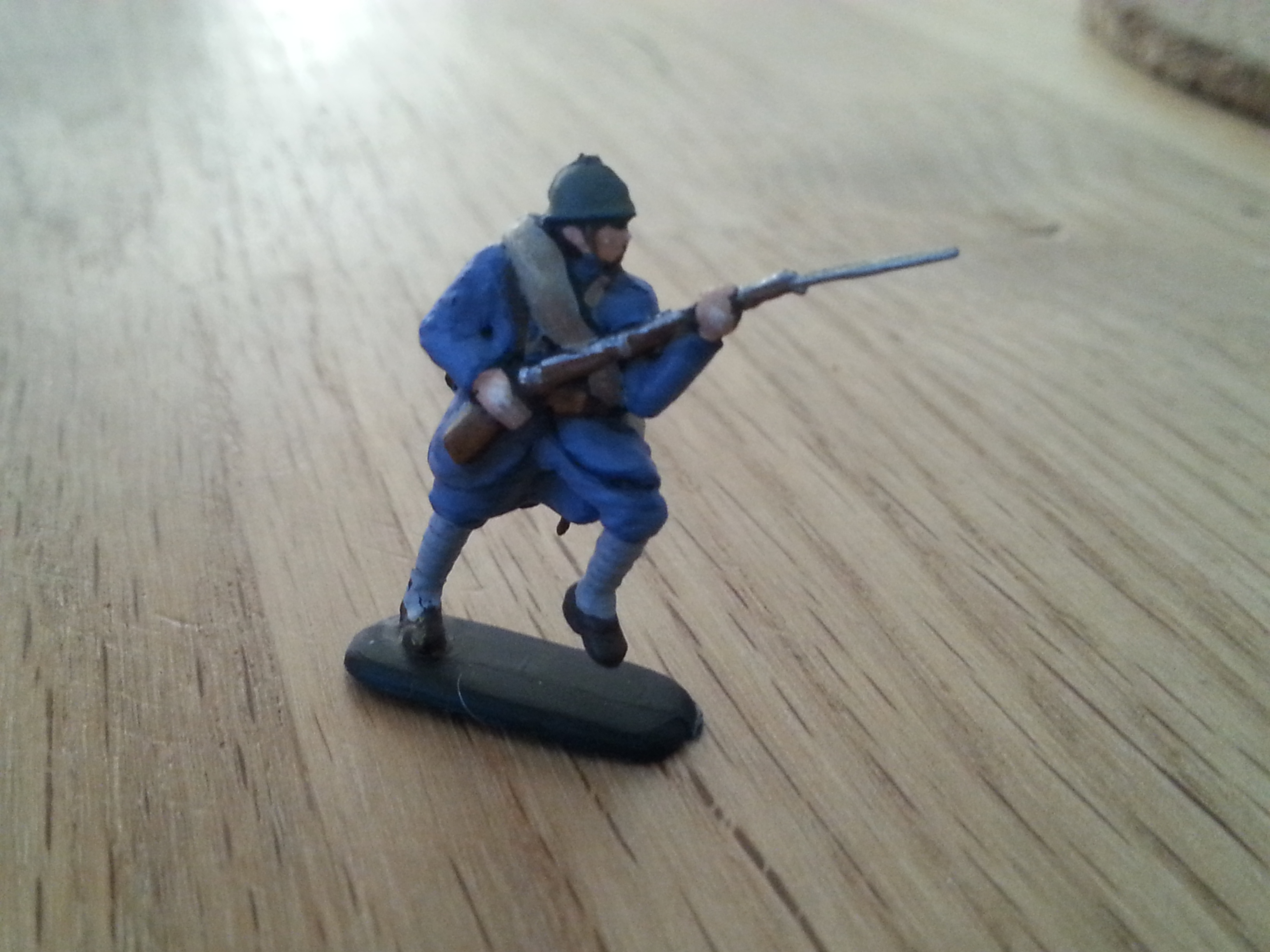 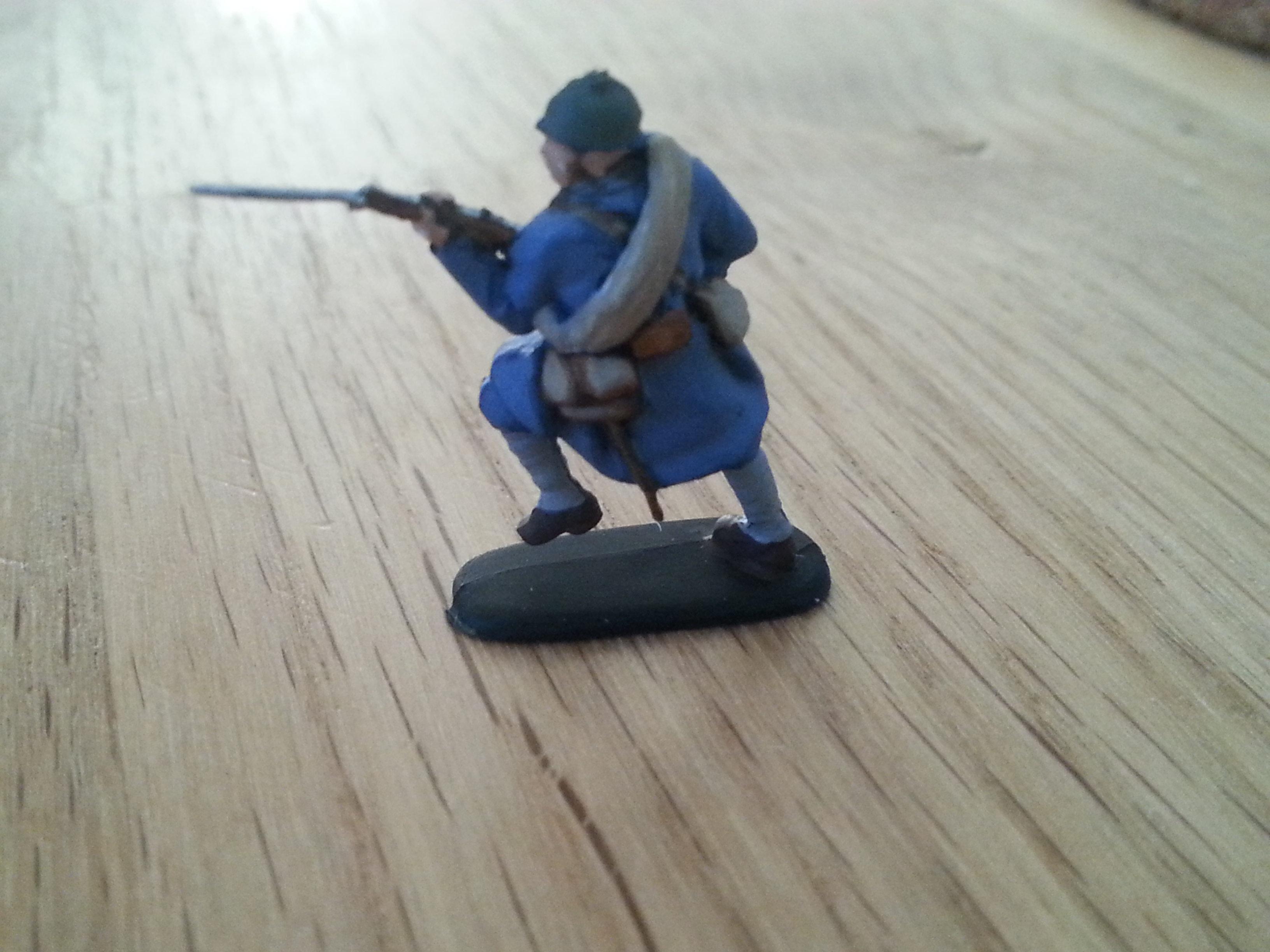 Something different than Waterloo this time.
WW1 Set 02505 French Infantry by Revell.
One of the first sets of figures i ever bought, repainted after 20 years.
When i bought it i was still a little kid and not as skilled with a brush as i am today.
Also i didn’t have the knowledge i poses now, Back then i used them as toys, and i let them fight against WW2 Set 02501 Australian Infantry also by Revell. 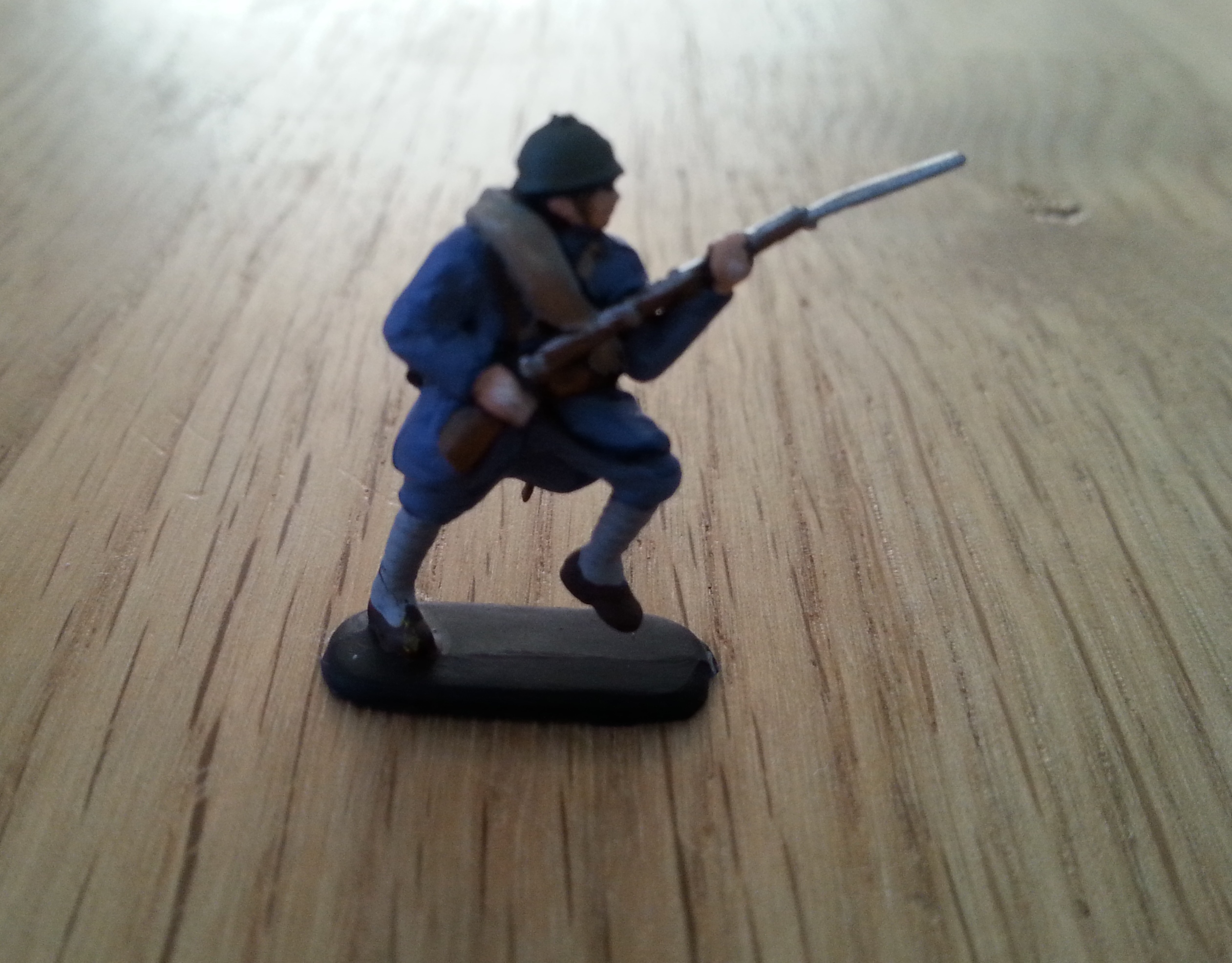 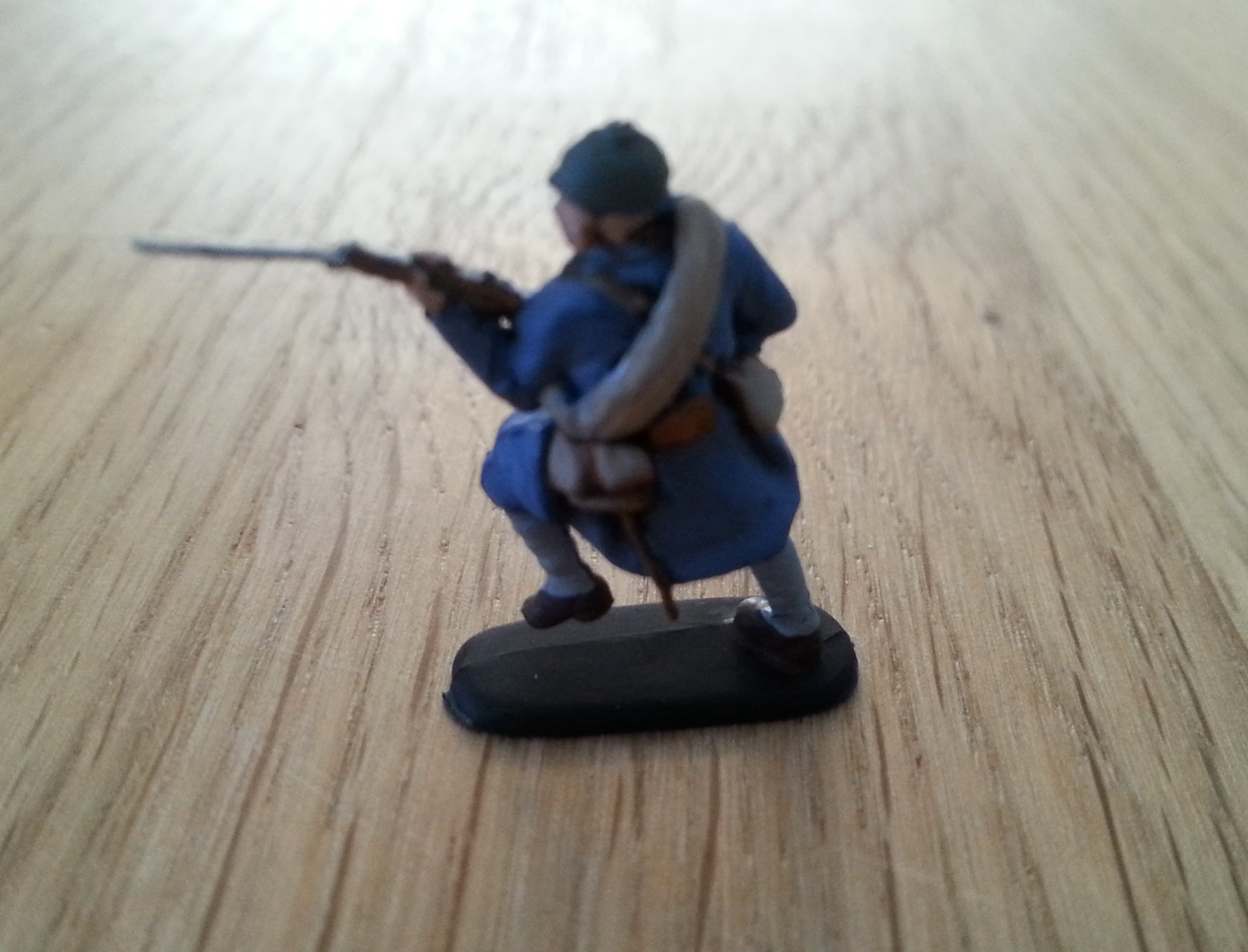 This figure ultimately ended up representing France on the FIGZ globe, but more to that later…