The noorduyn AT16 is a licence build North American T6 Harvard/Texan.
The T6 Texan was widely used as a trainer aircraft before, during and long after World War II by many countries across the world.
Many of these trainer aircraft still fly today, most of the Privately owned nowadays, it is considered to be one of the most affordable Warbirds. And with more than 15000 of them build, theres almost no aviation museum that doesn’t at least have one of these little planes in their collection.

The one depicted here is one of the collection of the Dutch airforce historical flight.
They have a wide variety of aircraft which they keep in flying condition and occasionally show them at airshows or memorials. 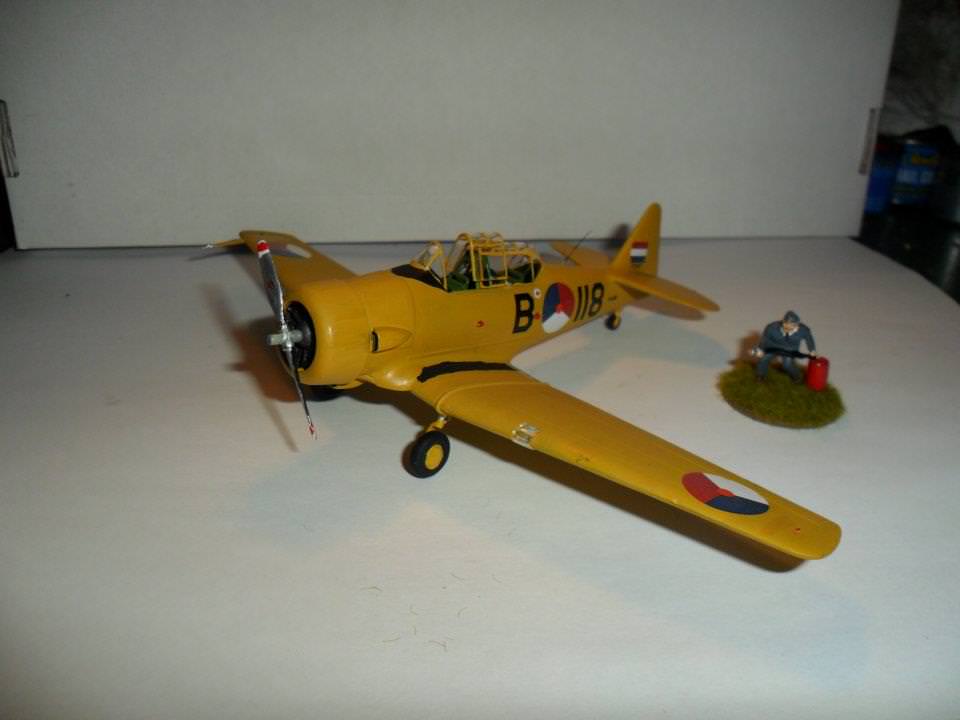