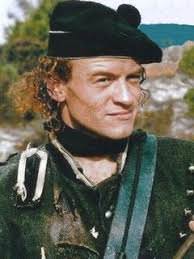 Harris was a rifleman that served in the 95th Rifles. Described as red-haired and ever cheerful, clever, well-read, amusing, and loyal. He once said he volunteered because he craved adventure.

In Sharpe’s Havoc he said he is from Lichfield, where Samuel Johnson came from. He was one of Sharpe’s two educated men, along with Isaiah Tongue. He loved reading books especially philosophy, and is the intellectual member of the company; “I’ll trade you a Voltaire and a filthy book by the Marquis de Sade for yours by Sir Augustus, sir.” He was once a respected schoolmaster until he got bored.

He once said he had always wanted to learn how to play the fiddle. (Sharpe’s Havoc)

He first appeared in Sharpe’s Prey and was one of only two remaining men from Major Dunnett’s original team mates from the Battle of Copenhagen left alive. Harris last appears in Sharpe’s Skirmish, but he maybe alive as of Sharpe’s Enemy. In Sharpe’s Waterloo, Harris was absent.

In the TV Series, Harris is one of Sharpe’s Chosen Men.

He claims to be from Wheatley, Oxfordshire. He describes his pre-war life to Sharpe as being a ‘courtier to my lord Bacchus’.
In Sharpe’s Sword, as an educated man, he becomes instrumental in assisting Sharpe expose a French spy as he is given the task of finding a copy of Candide, the book used for writing code, in the library at Villafranca:

“There’ll be a library at Villafranca, Harris.”
“Nothing I should like better, sir….I shall have to search every book. Naturally, I shall be excused parade. ”
— Sharpe and Harris.
He was successful in finding a copy of Candide, and successfully decoded the spy’s correspondence which led to the name of the English double agent in their company.

Harris & Conchita
In Sharpe’s Mission, he had a brief liason with Conchita, a gypsy who was later murdered along with two others. Harris discovered the bodies and reported it, and was promptly placed under arrest for suspicion of murder. Sharpe pointed out the idiocy of that thinking to the Provost Marshal, so Harris was released but confined to camp pending an inqury. Sharpe posted him to duty in his billet, to keep an eye on Jane, “I’m posting you to my household as I would post you to a position on a battle field.”
Jane tries to speak to him about what makes the men love Sharpe much to Harris’ embarrassment, who then tries to explain the loyalty and trust between Sharpe and his men.

When newspaper correspondent Clarence Shellington tries to romance and seduce Jane, having claimed to have written her a poem. Harris began reciting the poem along with Shellington and then provided it’s provenance and possible author. Shellington tried to tell Jane that all poets shared the fruits of the same tree, but she slapped him and threw him out – Harris providing a final boot to his backside.

He is promoted to Sergeant during the Waterloo campaign, but is killed alongside his friend Sergeant Daniel Hagman.

The character name was a tribute to the actual Benjamin Randell Harris of the 95th Rifles who wrote a memoir of his experiences.
His first name is never given in the series, and in fact a joke is made of this in his final scene, with Hagman asking him what it is.
Jason Salkey is himself a huge fan of the Sharpe series and often participates in related military events. His website is called riflemanharris. 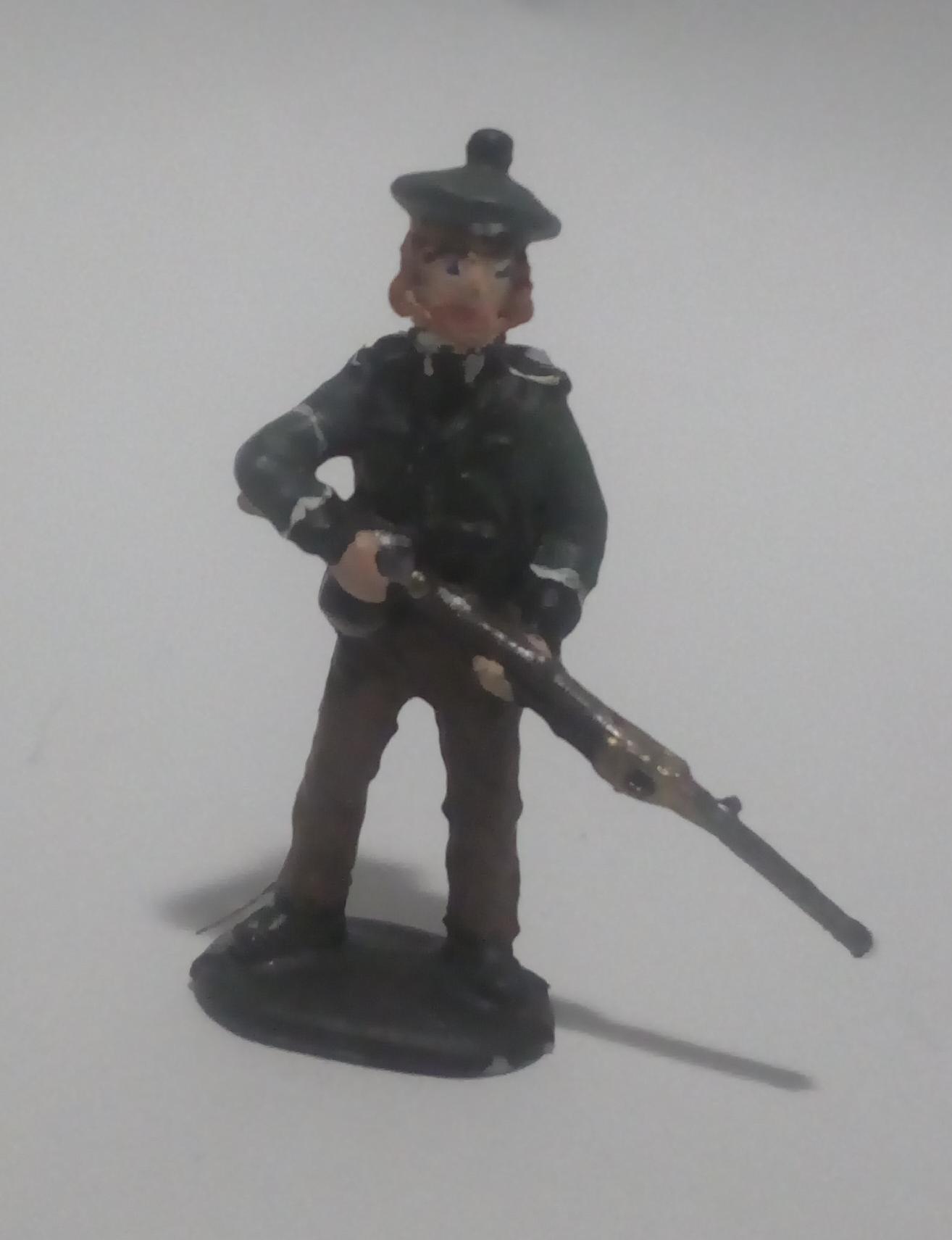 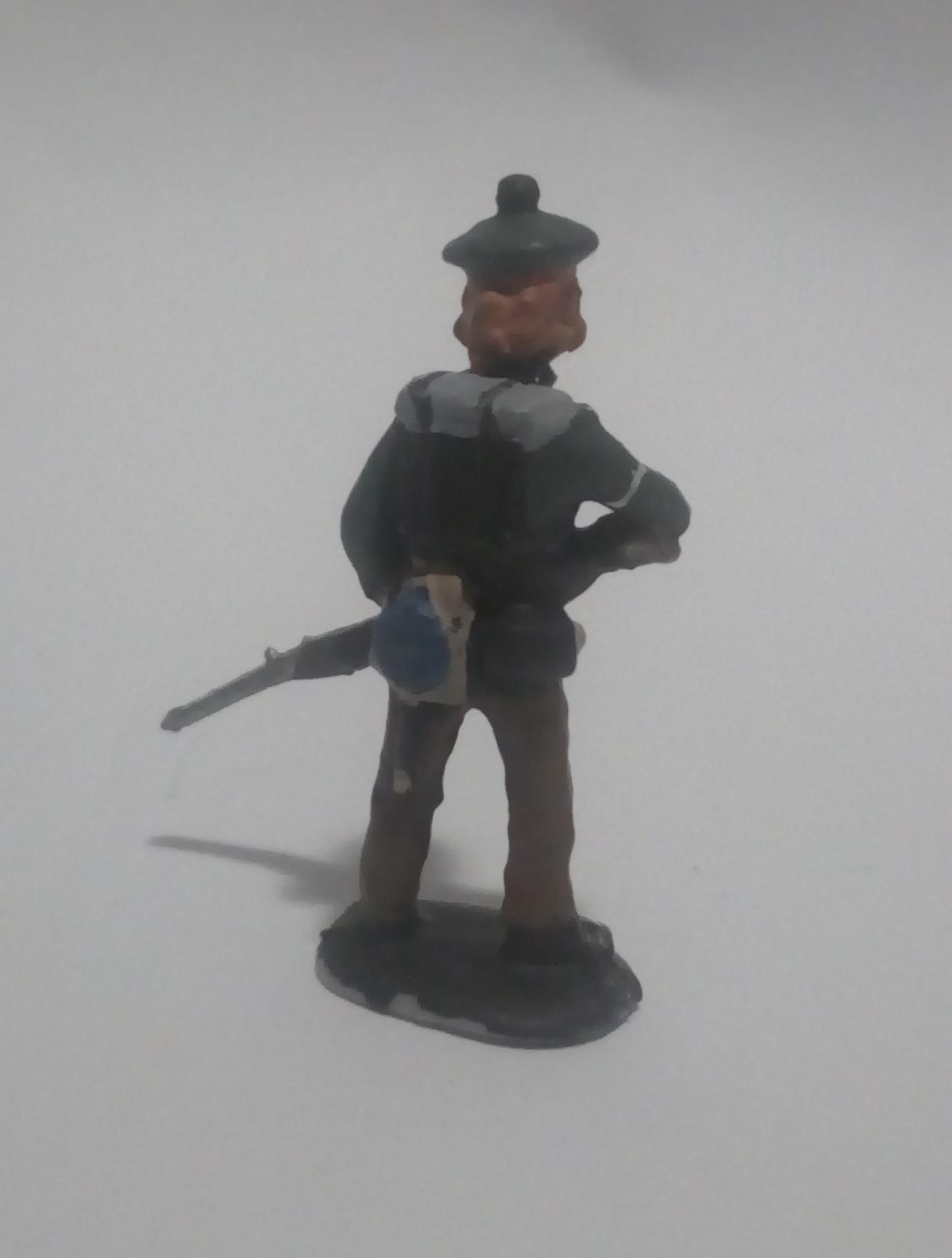