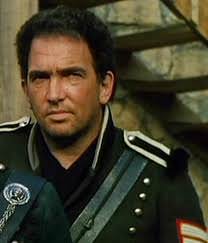 Harper is a large, fierce-seeming man from Donegal, Ireland, described in Sharpe’s Company as a sandy haired six foot four inches of muscle and contentment. Harper is the trusted right hand of Richard Sharpe with whom he was initially antagonistic, but Harper becomes Sharpe’s best friend and most reliable companion, rising in rank to sergeant and later to regimental sergeant-major.

Harper was born in 1785 in Tangaveane, County Donegal. He was the fourth of eleven children who survived infancy in a farming family in the Catholic peasantry that predominated in rural Ireland at the time. His mother called him a ‘big wee one’ and ‘to feed Patrick is like feeding three of the others,’ so more often than not he stayed hungry. It was this hunger that eventually led him to join the British army in 1801.

Despite serving in the British Army, Harper remains proud of his Irish heritage and, on more than one occasion, expresses confusion about his ambivalent situation and wonders whether he could fight against his friends on Ireland’s behalf. During this period he gained a reputation as a troublemaker, one of the wildest men in the British army. Consequently, he was transferred from regiment to regiment, until eventually he settled in the 95th Rifles shortly after its formation.

As a greenjacket Harper got his first taste of battle when, in 1806, he was part of the disastrous attempt to capture Buenos Aires and the following year saw action at the Battle of Copenhagen (1807). He arrived in Portugal in 1808 with the rest of his regiment, and fought at Rolica and Vimeiro. At this point Harper was still a hothead, and during the retreat to Corunna he led a mutiny amongst his fellow men.

It was only after he met Richard Sharpe and was promoted by him to Sergeant that Harper began to settle down. Sharpe was able to harness the Irishman’s wild enthusiasm, and they formed an effective partnership. Harper helped Sharpe capture the French Imperial Eagle at the Battle of Talavera. 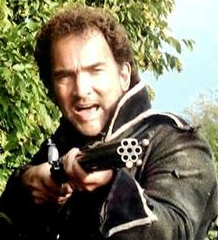 In 1809, he and the other thirty-one stranded riflemen with Sharpe were used to bring the South Essex Regiment, up to strength, there he spent the rest of his military career. He served throughout the Peninsula War displaying great courage and seemingly embracing a cause he believed in, despite his misgivings about the British for whom he fought. In addition to his Baker Rifle, he carries a hugely powerful seven-barrelled Nock gun that Sharpe gave him. He has also been known to wield an axe against enemy troops.
In Sharpe’s Regiment, when the Regimental Sergeant Major was killed, Sharpe once again promoted Harper to Regimental Sergeant Major. Harper served at almost every battle of the war, from Vimeiro to Battle of Toulouse, before he leaving the army in 1814.

Harper is wrongly flogged after an accusation of theft during Sharpe’s Company, as a result of the machinations of Sharpe’s enemy Obadiah Hakeswill and receives 60 lashes. Another item of fellowship between him and Sharpe.

During their time in Spain, Harper met Isabella, whom he later married and brought to Ireland. (In the films she is called Ramona.) Their first child is called Richard.

Sharpe helped him obtain a discharge from the army after The Battle of Toulouse, but this did not stop Harper from returning to help Sharpe at Waterloo.

After the wars, Harper set up a horse business in Dublin, which he used as an excuse to Isabella to leave for Waterloo. Harper also owns a successful pub in Dublin. He bought it, and his other property, using his share of the money that Harper and Sharpe got from selling the jewels they recovered from the French baggage train at Vitoria, in the book Sharpe’s Honour. He is considered a gentlemen and has wealth and status.

Harper is a kind, gentle man, with a particular love for bird watching, but in battle he becomes a fierce fighter, shouting in Irish. 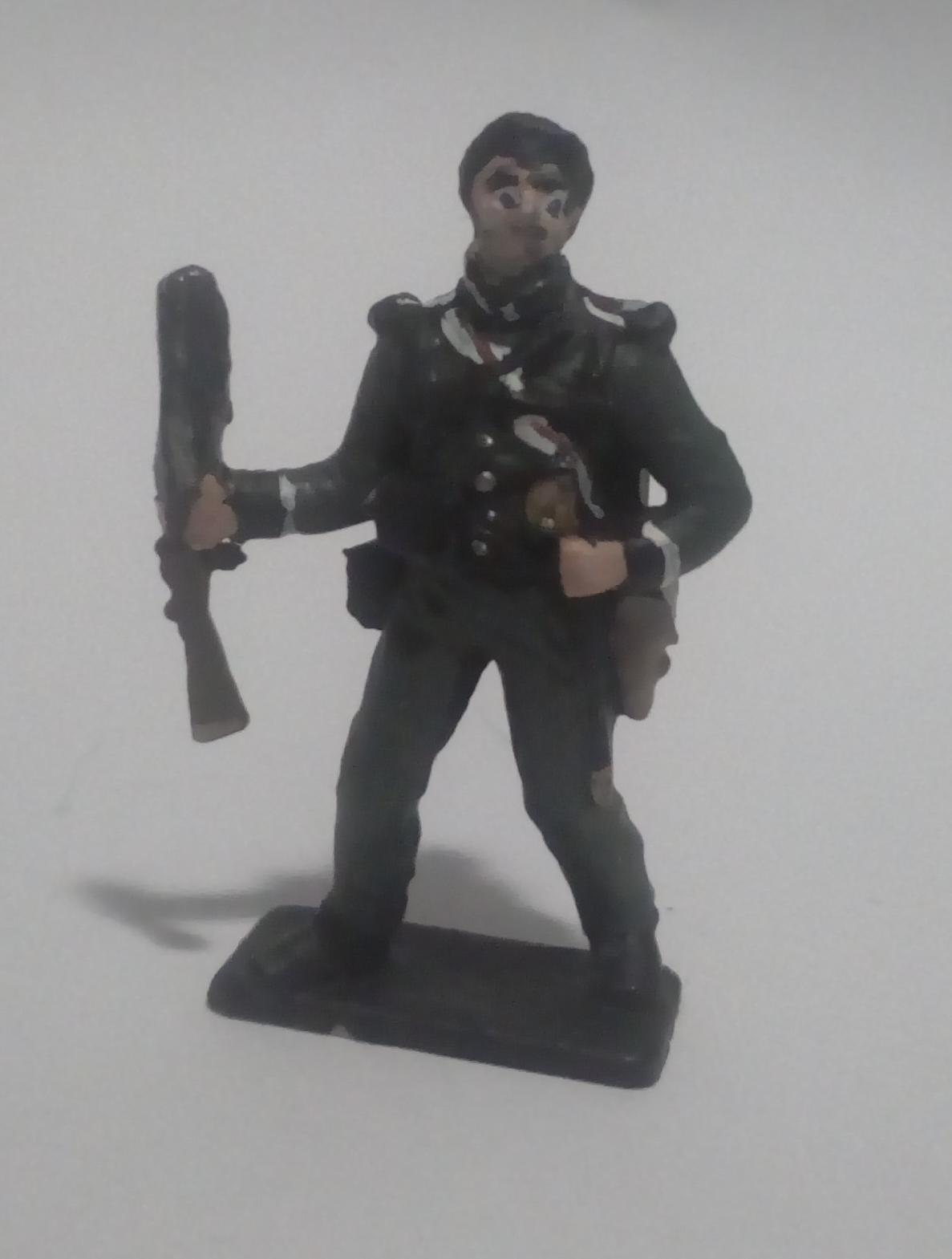 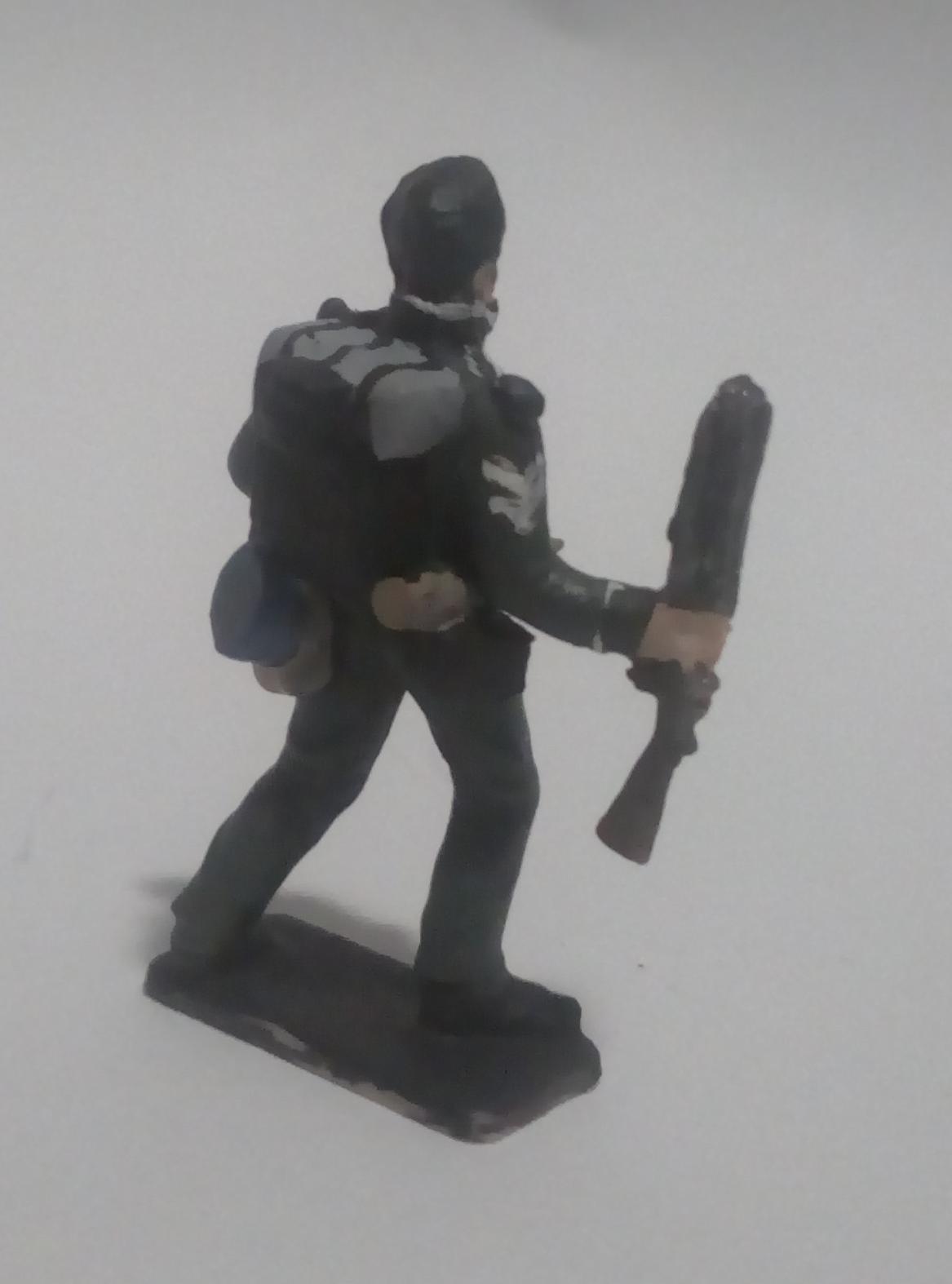 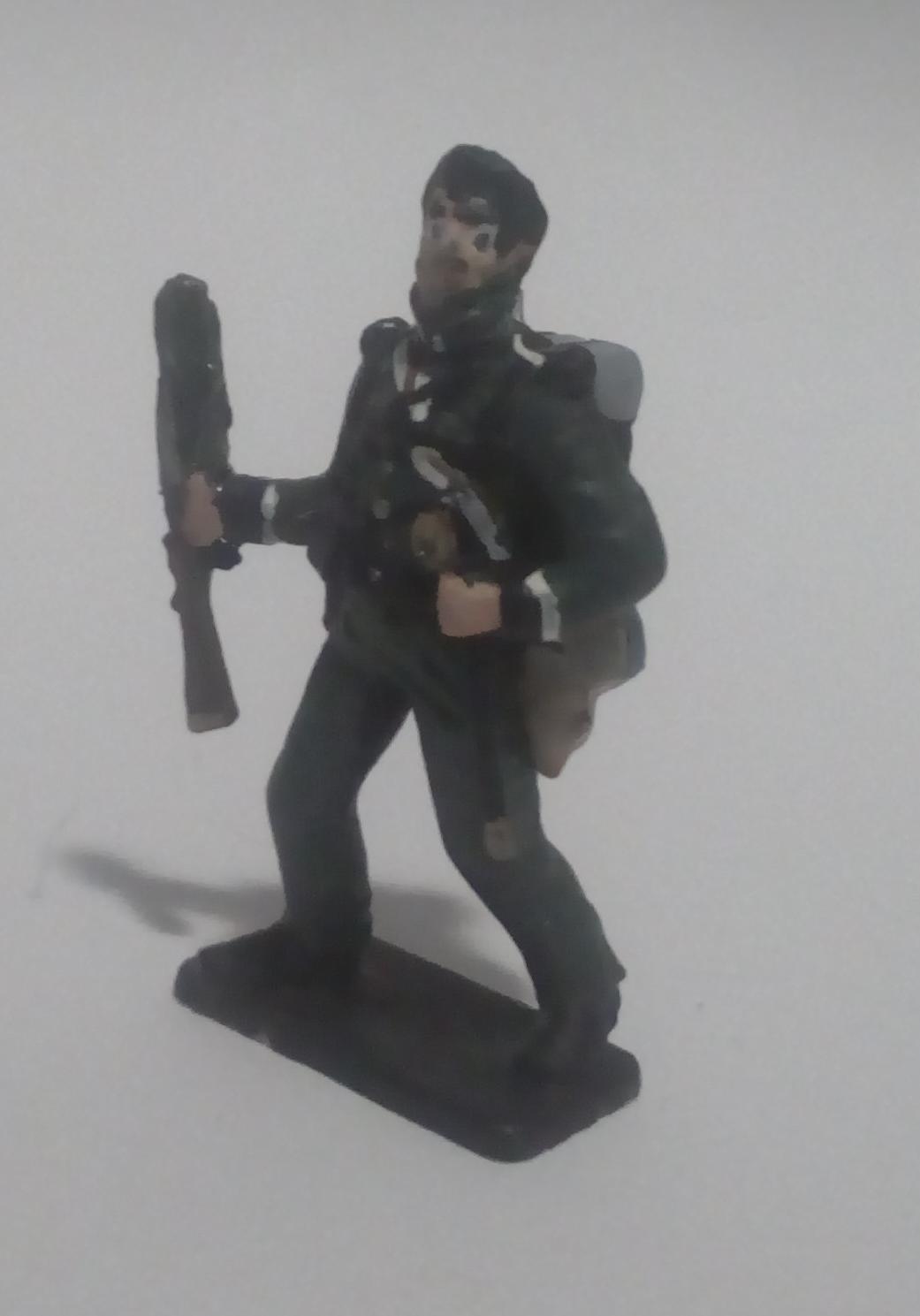 + a little bit of green-stuff to fatten up the gun.