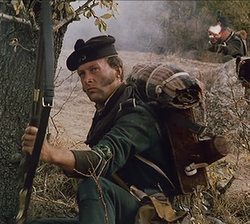 Tobias Moore was a soldier and chosen man who fought in the Peninsular War. He was portrayed in the television series by the show’s historical and technical advisor Richard Rutherford-Moore.

In the TV series, Moore seldom spoke, he was a minor character to fill in the depleted ranks of the chosen men. He first appeared in Sharpe’s Honour and participated in the Battle of Vitoria. He survived and managed to take the cannons, he was seen later with an unnamed girl at camp, dancing with her for the victory celebration.

He appeared in Sharpe’s Battle as well, and also took part in the Franco-Spanish Border towards where Brigadier General Loup was, he also helped Lord Kiley and the Irish Company be trained before the attack.

He appeared in Sharpe’s Sword, and stayed at Father Curtis’s church for the night, and participated in the battle at the French fortress, which resulted in the death Colonel Berkeley and half his men. He survived but Sharpe was severely wounded.

He often appears smoking his pipe, so that is how is depicted as a figure, to give him that little extra personal look. 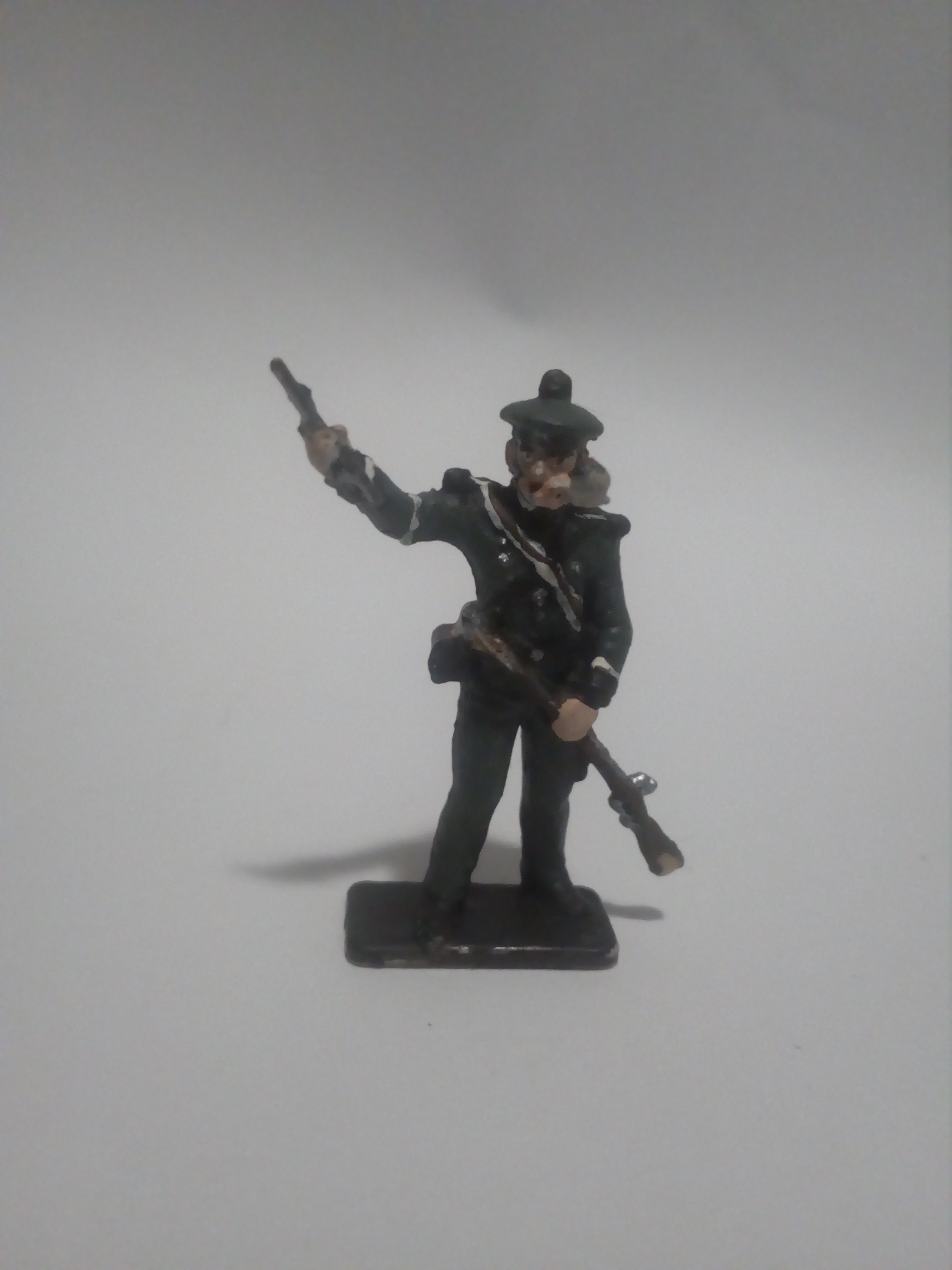 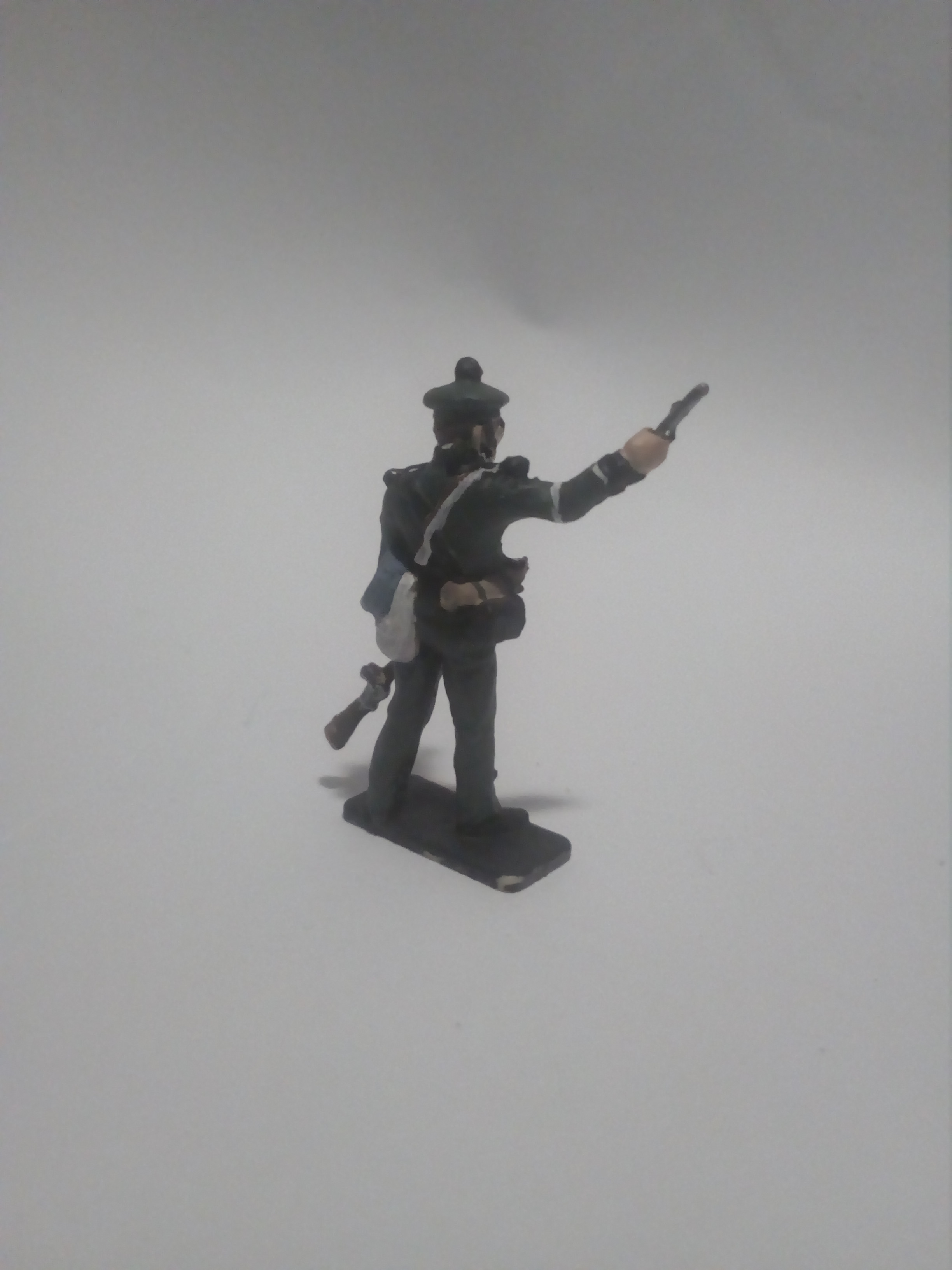 + a bit of wire and a little bit of greenstuff.