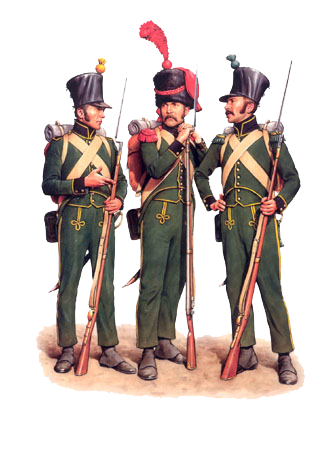 This Battalion was involved in the defense of Hougoumont, The Grenadiers occupied the House, the rest of the battalion occupied the forrest, later during the French attack they were driven back to the garden, where they held their ground. 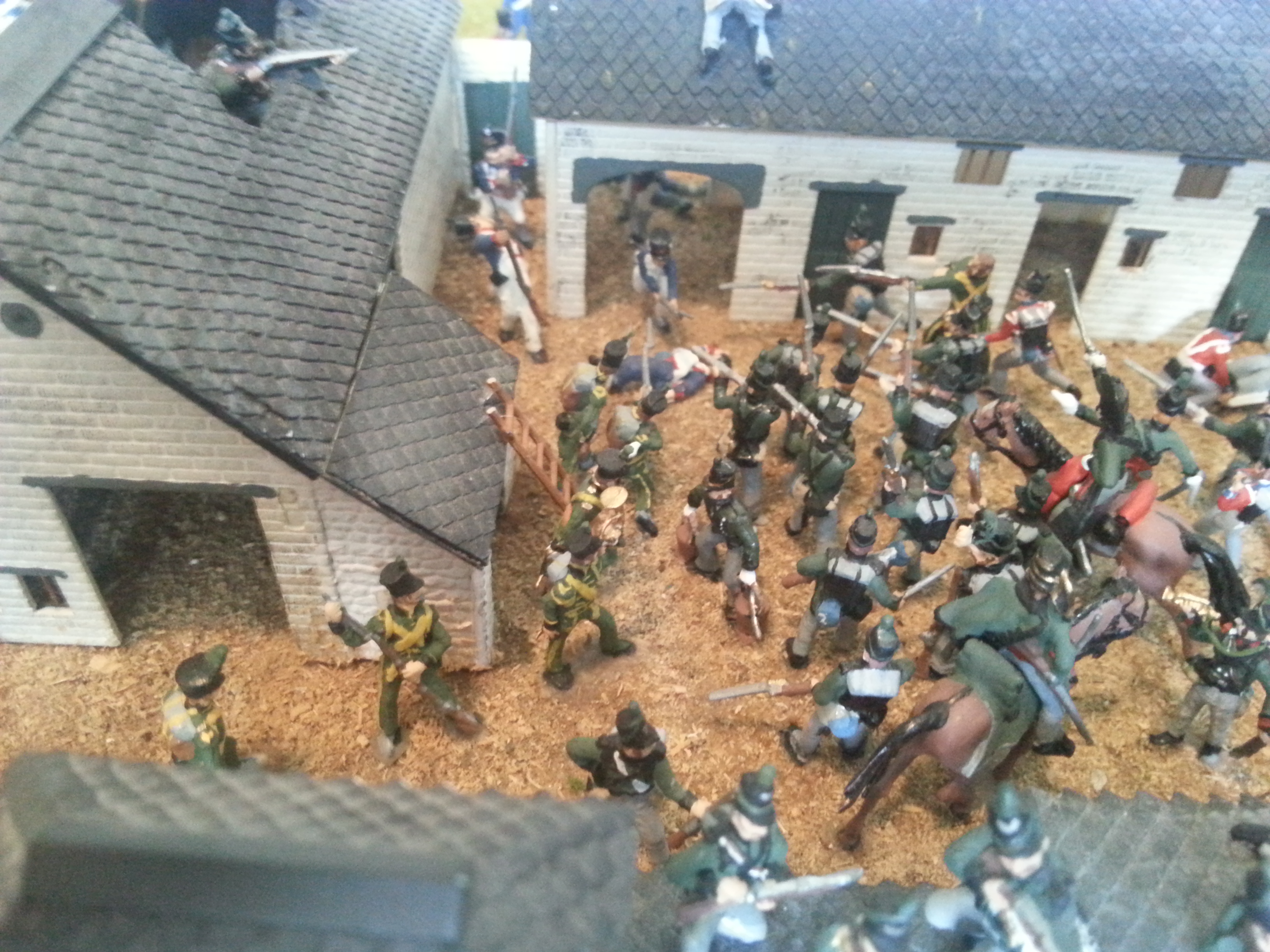 The Jeager company inside La Haye Sainte recognizable by their light green uniforms with yellow belts.