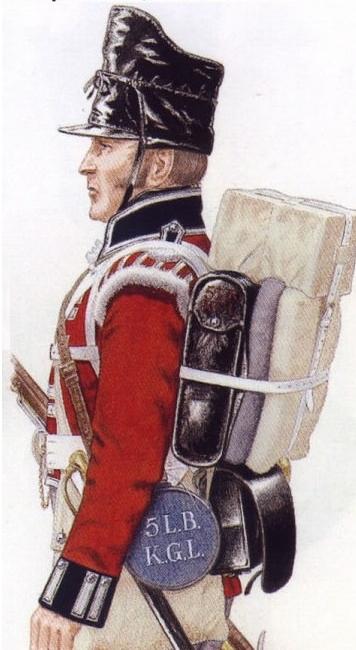 The light company of this Battalion defended the stables of the farm house of La Haye Sainte.

The Rest of the Battalion defended the ridge line, until they were ordered to defend Major Baring and his men retreating from La Haye Sainte. They advanced in line, were attacked by French Cuirassiers and lost their colors. Many men from this Battalion lost their lives, including their Brigade commander Colonel von Ompteda. 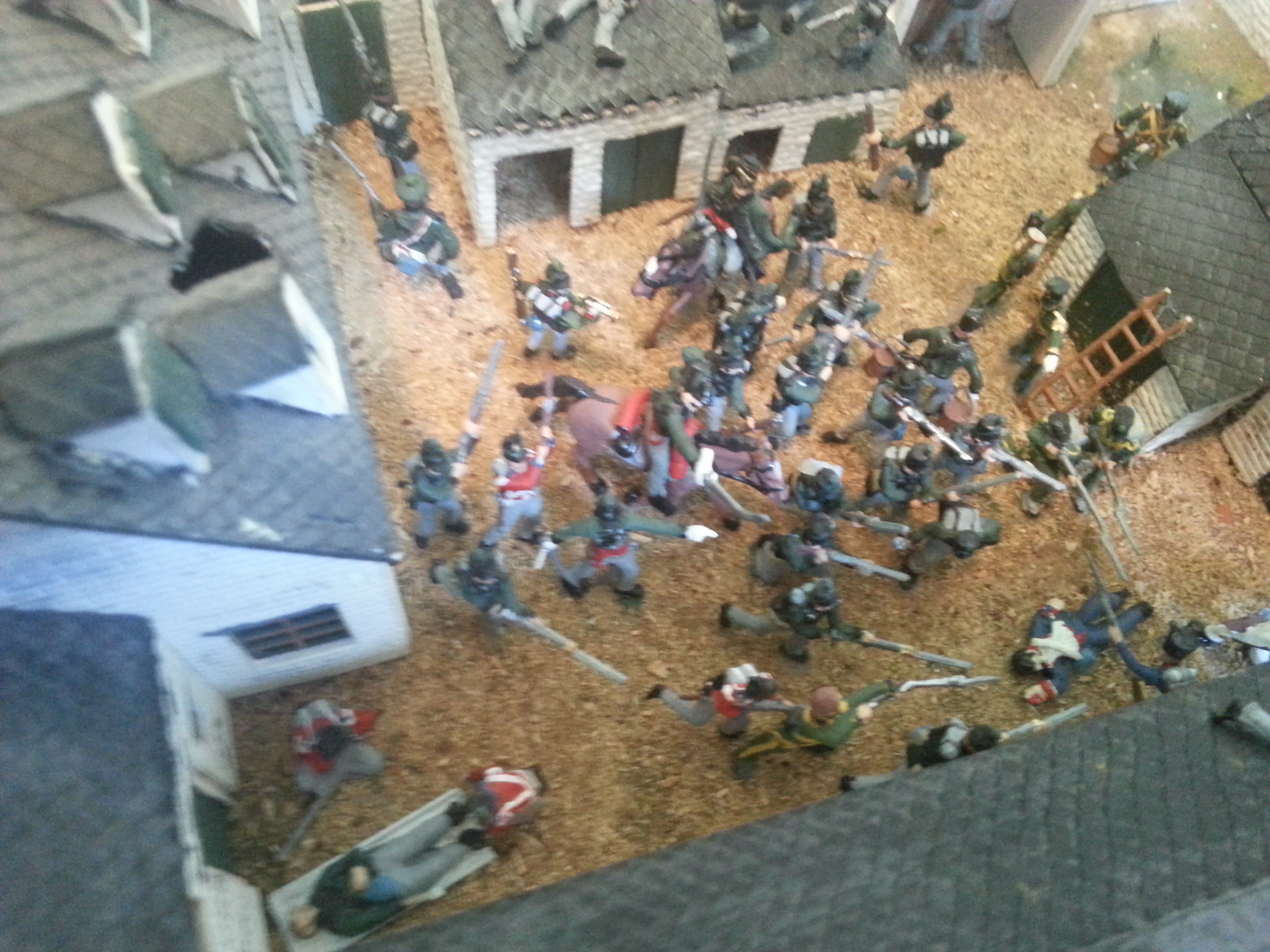 The men of the 5th KGL Line clearly recognizable by their Red uniform in contrast to the Green Uniform of the 1st and 2nd KGL light infantry and the Nassau infantry.