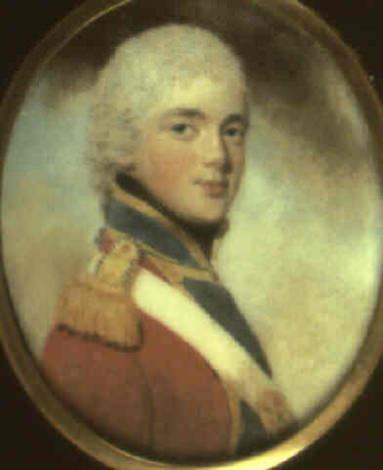 In 1814 he was ordered home to take command of the 2nd Battalion of the 3rd Foot Guards in preparation for the forthcoming expedition to the Netherlands, but due to adverse winds he arrived too late. He remained in England until June 1815 before joining Wellington in Brussels. He saw action at Quatre Bras on the 16 June and on the 17th then on the 18th commanded the 2nd Battalion of the 3rd Guards at the Battle of Waterloo. Early on in the action he was ordered to Château d’Hougoumont to reinforce Colonel Macdonnell and Lord Saltoun, where he defended the orchard and wood at a heavy cost in both officers and men. A mistake in subsequent despatches omitted Hepburn’s name from the official account of the action. Nevertheless, he was made a Companion of the Order of the Bath (CB) and received both the Order of Wilhelm from the King of the Netherlands and the 4th class of the Order of St Vladimir from the Russians.