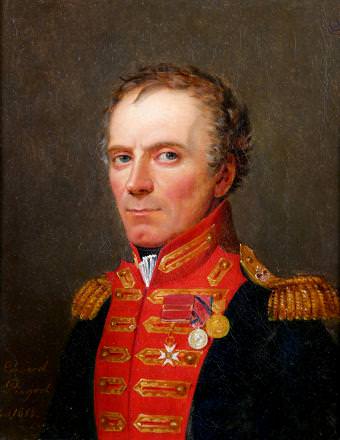 Commander of the artillery of the 1st British infantry (guards) division.

he second son of Stephen Payne Adye, he was appointed First Lieutenant in the Royal Artillery on 1 January 1794. Promotion to Captain Lieutenant followed in 1798 and to Captain in 1803. He served under General Abercromby in the 1801 Egyptian Campaign against the French, and was part of the 1809 expedition to Walcheren, during which he was seriously wounded.

At Waterloo he was a field officer in command of two batteries of foot artillery attached to an army division, and was subsequently made a Companion of The Most Honourable Order of the Bath (CB).