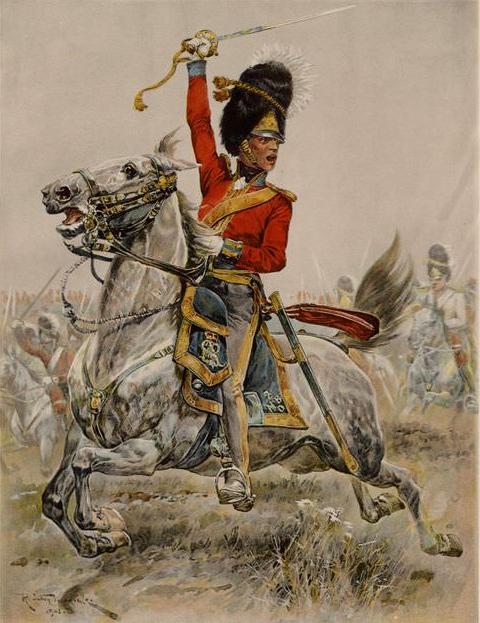 He was born as Jamie Anderson on 4 July 1777 at a camp of the Saratoga Campaign in New York. He was the second son of William Anderson, a Sergeant-Major of the 21st Foot. Hamilton was baptized on 28 August 1777. General James Inglis Hamilton adopted him following the Battle of Bemis Heights, and funded his education at Glasgow Grammar School and the University of Glasgow .

By the time of the Battle of Waterloo he was a Lt. Colonel, commanding the Royal Scots Greys. While leading a charge on horseback, he lost his left arm. He put the reins in his mouth and continued the charge, even after his right arm was severed by a French lancer. Moments later he was shot and killed. He was found with a bullet wound through his heart, as well as other injuries; Hamilton’s scabbard and silken sash were sent to his brother, Lieutenant Jno. Anderson, who died in Glasgow on 3 December 1816 from wounds received at the Battle of Salamanca.