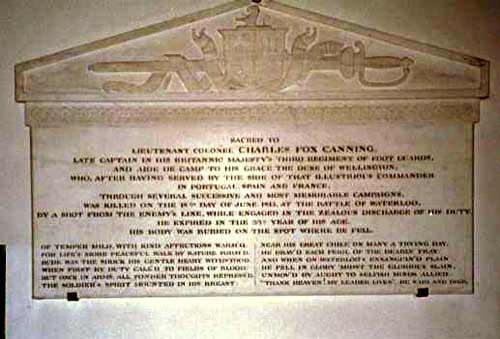 Charles Fox Canning was an aide-de-camp of the Duke of Wellington at Waterloo, where he was killed late in the battle.

Towards the close of the action, Lieutenant-Colonel Canning received orders from the Duke to carry an important message to a distant part of the line: he had delivered it, and was returning, when a grape-shot struck him in the stomach. He died in the arms of his friend, the Lord March