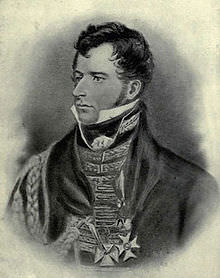 De Lancey was Wellington’s chief of staff at the battle of Waterloo.
During the battle he was hit by a cannonball in the back, he died one week later.