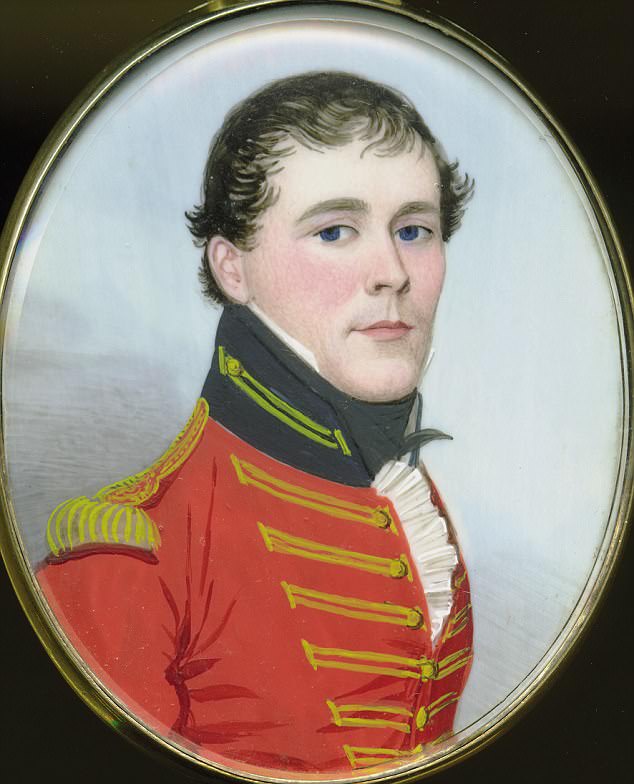 When Napoleon returned in 1815, Major Percy served as ADC to the Duke of Wellington and was present at the battles of Quatre Bras and Waterloo. Having been the only one of Wellington’s ADC to survive the Waterloo unscathed, he was assigned the task of carrying to London the despatche announcing victory and the two French Imperial Eagles captured in the battle. Leaving immediately after the battle, he crossed the channel on board the sloop HMS Peruvian, having rowed some of the way. Arriving at Downing Street on June 21 at 10 PM he informed foreign secretary, Earl Bathurst about the victory, thereafter he delivered the dispatch and captured eagles to the Prince Regent at St James’s Square. He was promoted to brevet Lieutenant Colonel as a reward for his service.