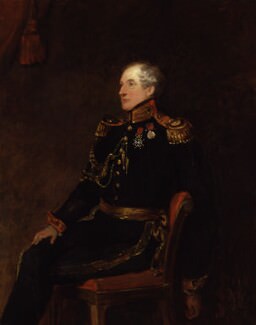 After arriving in Portugal he served throughout the Peninsular War as aide-de-camp to his elder brother Lord Hill and was slightly wounded during the campaign.

He was present at the Battle of Waterloo where he was wounded when a sword was thrust through his thigh, pinioning him to the ground.