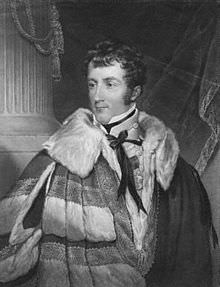 Richmond (while Earl of March) served on Wellington’s staff in the Peninsular War, during which time he volunteered to join the 52nd (Oxfordshire) Regiment of Foot’s advance storming party on the fortress of Ciudad Rodrigo. He formally joined the 52nd Foot in 1813, and took command of a company of 52nd soldiers at Orthez in 1814, where he was severely wounded; the musket-ball in his chest was never removed. During the Battle of Waterloo he was ADC to the Prince of Orange, and following that man’s wounding, served as ADC to Wellington.