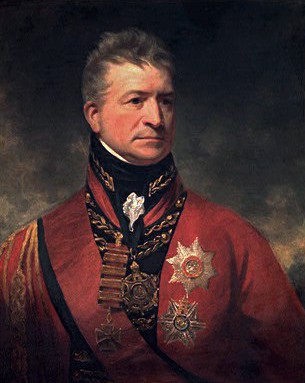 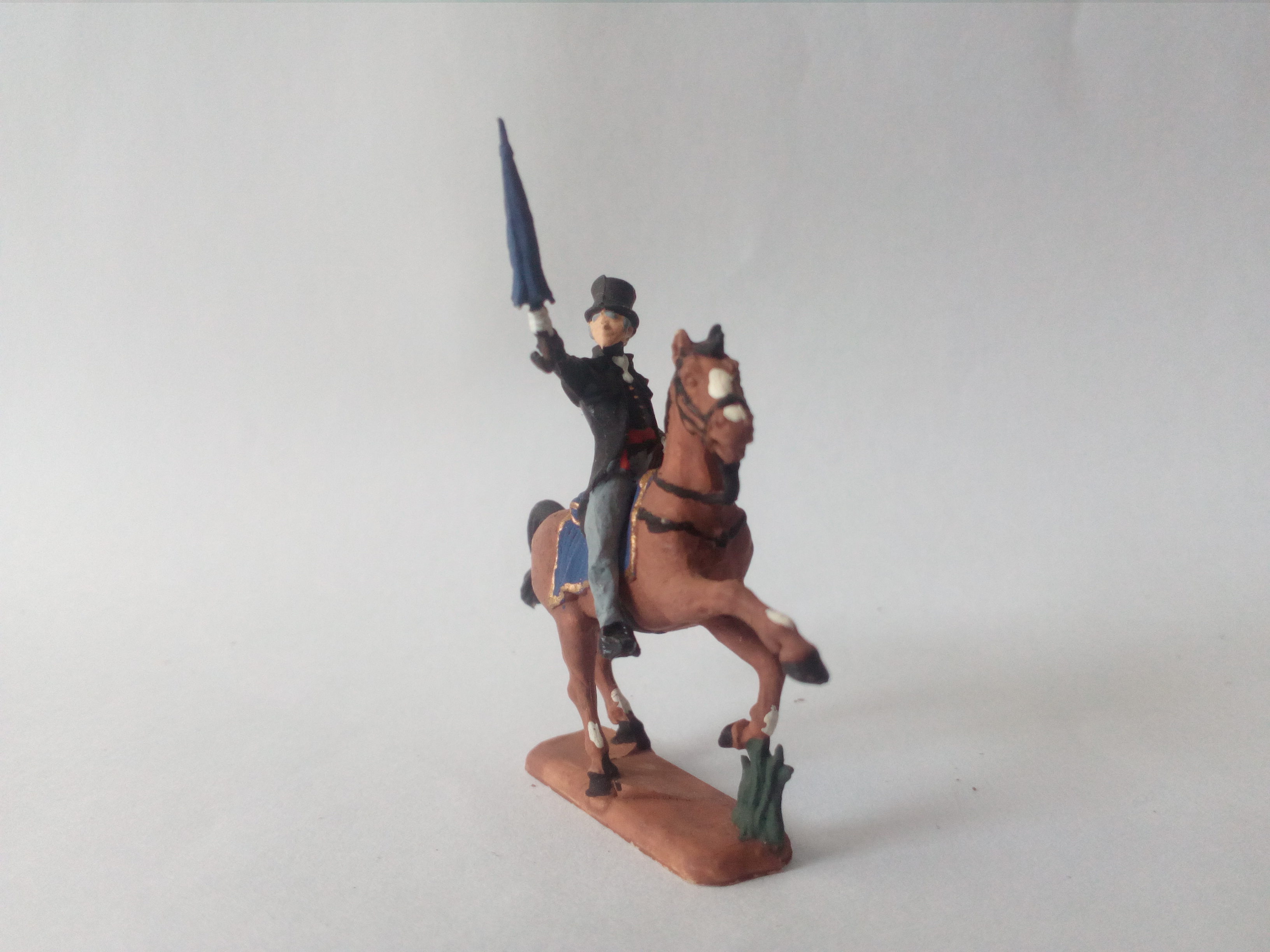 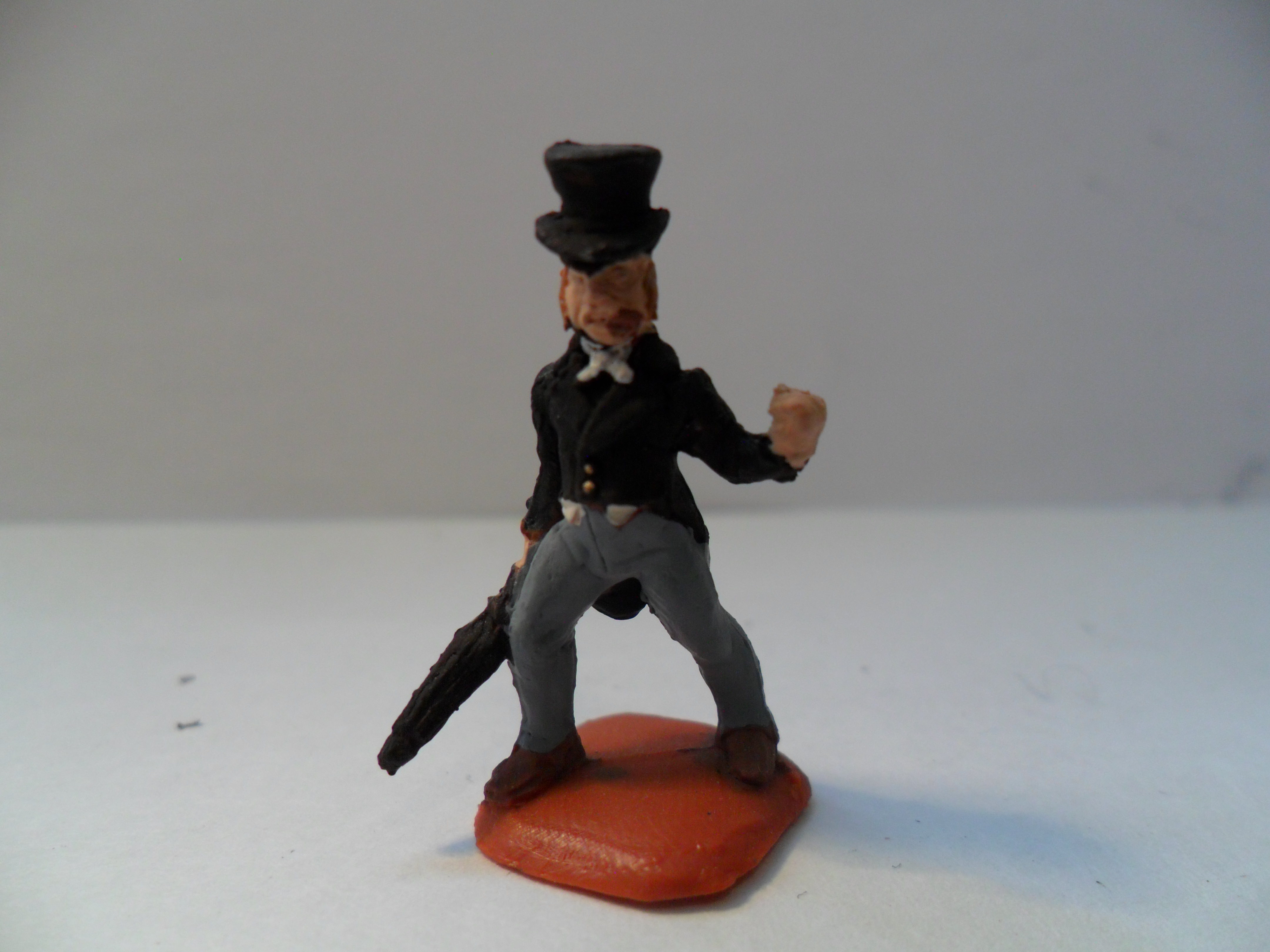 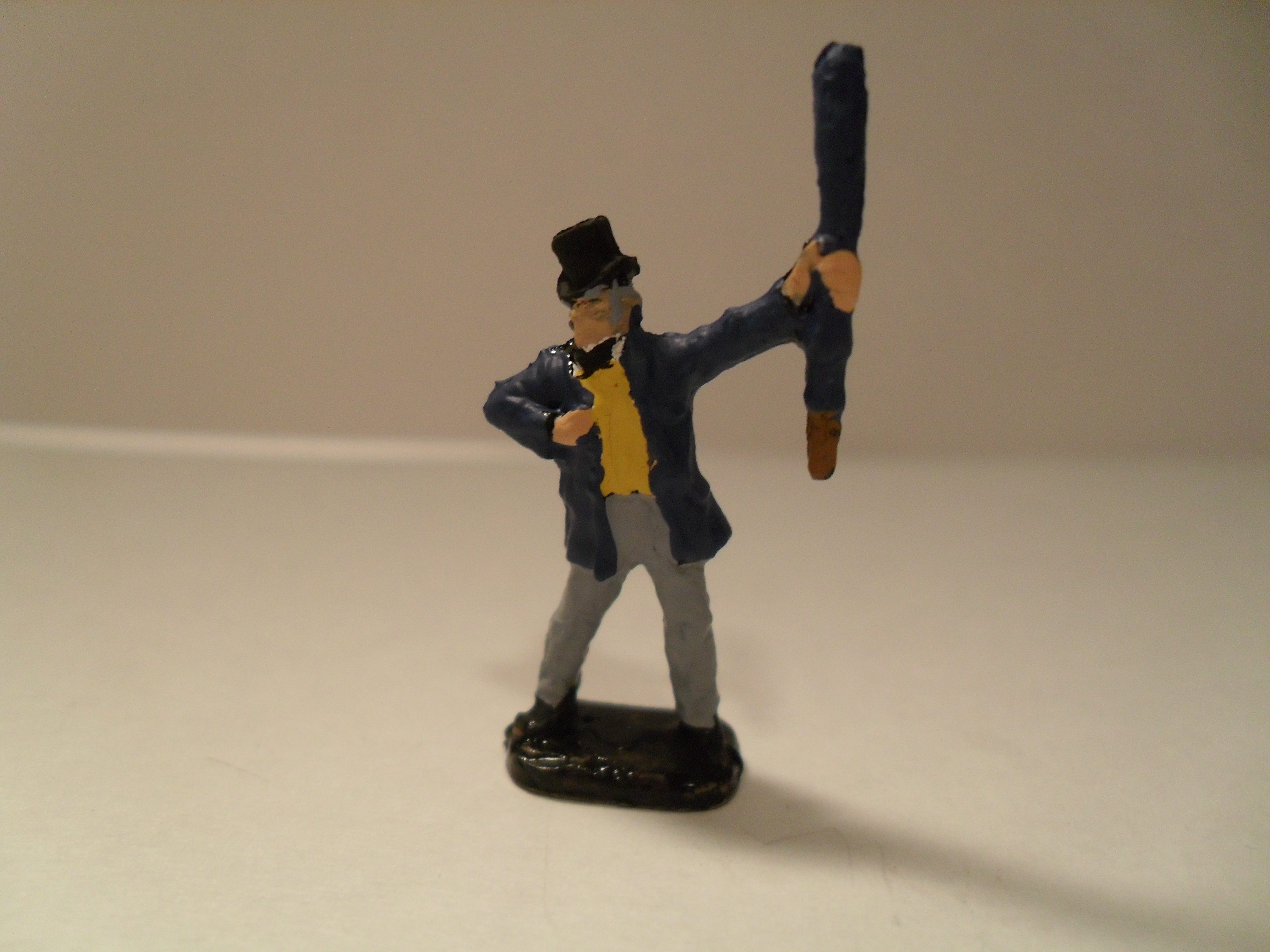 Sir Thomas Picton was acording to Wellington: a rough foul-mouthed devil as ever lived.

He’s often portrayed wearing non regulation clothing, the worst being the battle of Busaco Portugal in 1810 where he is reported wearing a night cap. 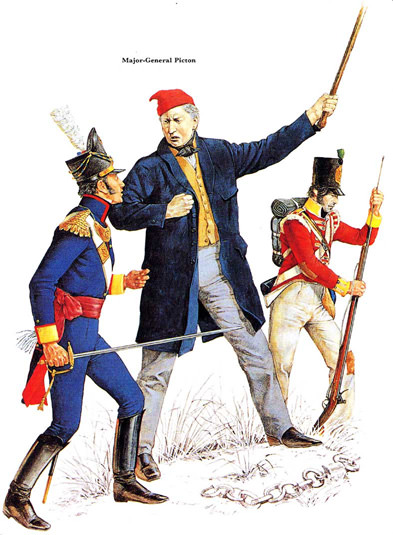 At the battle of Waterloo, he was again not wearing his regulation uniform, because his luggage arrived to late. Dressed in a top hat and armed with an umbrella General picton attacked the French.

At Quatre Bras he got shot in the hip, het told no one but his servant and participated in the battle of Waterloo despite his wound.

Waterloo, one of his most famous battles would also be his last battle. He got shot through the head while steadying the line with his Division after Bylands brigade broke. Thus making him the highest ranking officer that died at Waterloo. 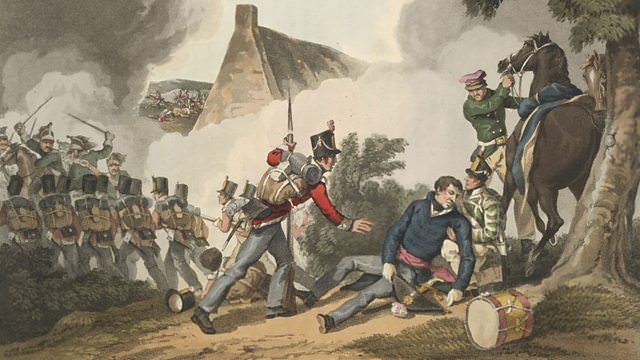 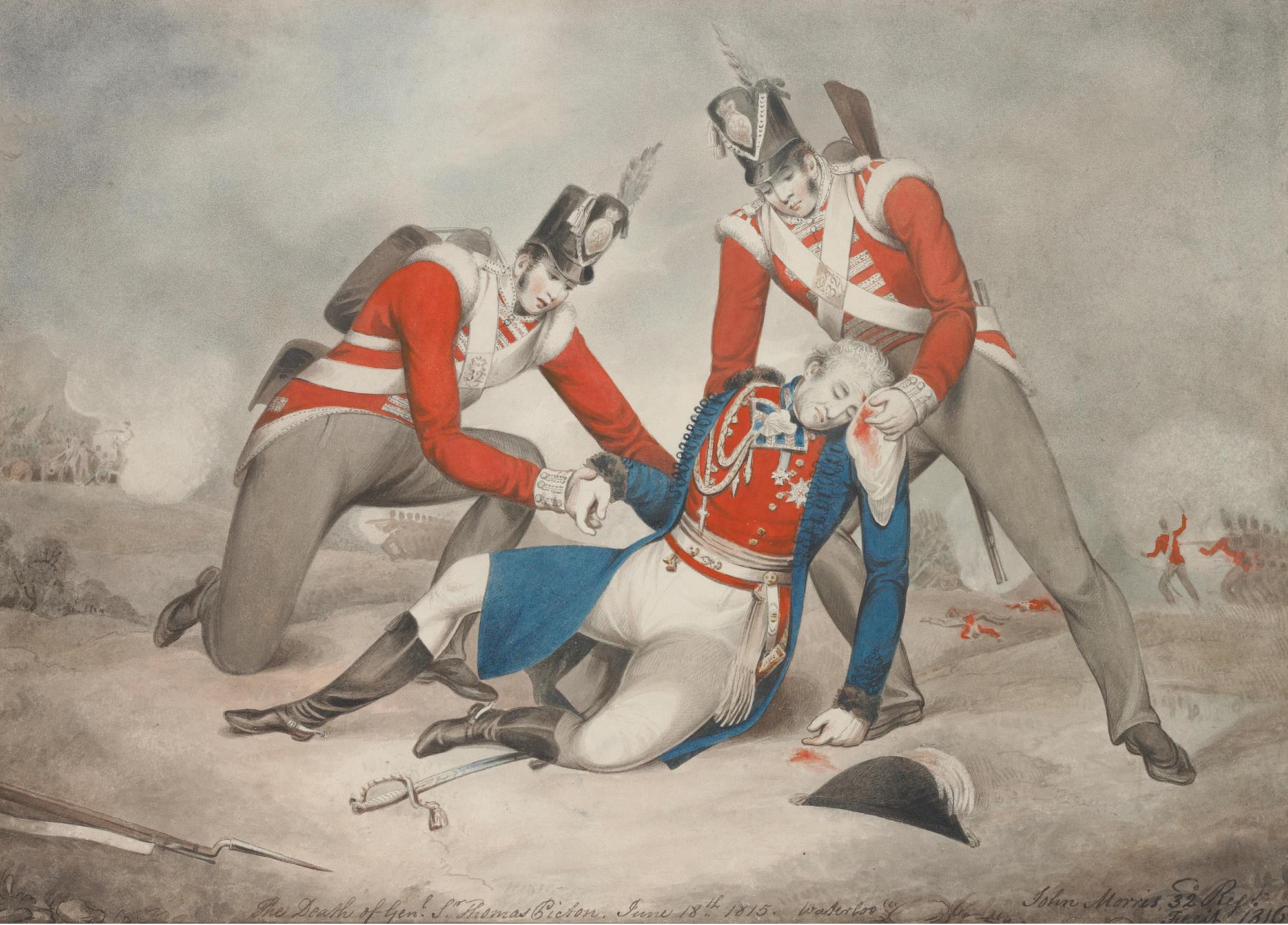 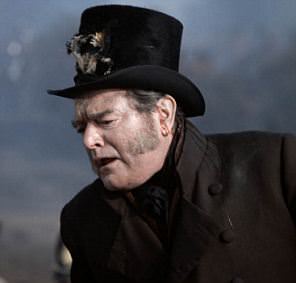 In the Waterloo movie he is portrayed by Jack Hawkins