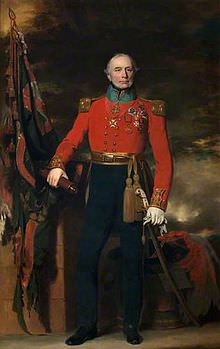 He served as Commander-in-Chief, Scotland and also as Governor of Edinburgh Castle from 1842 to 1847.