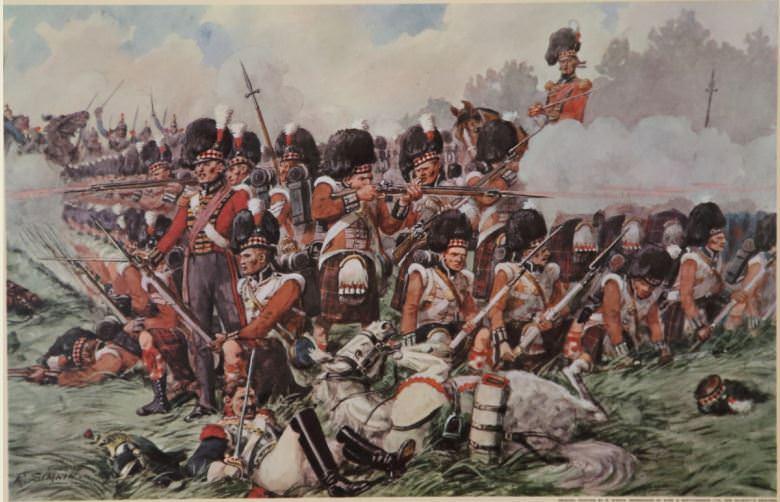 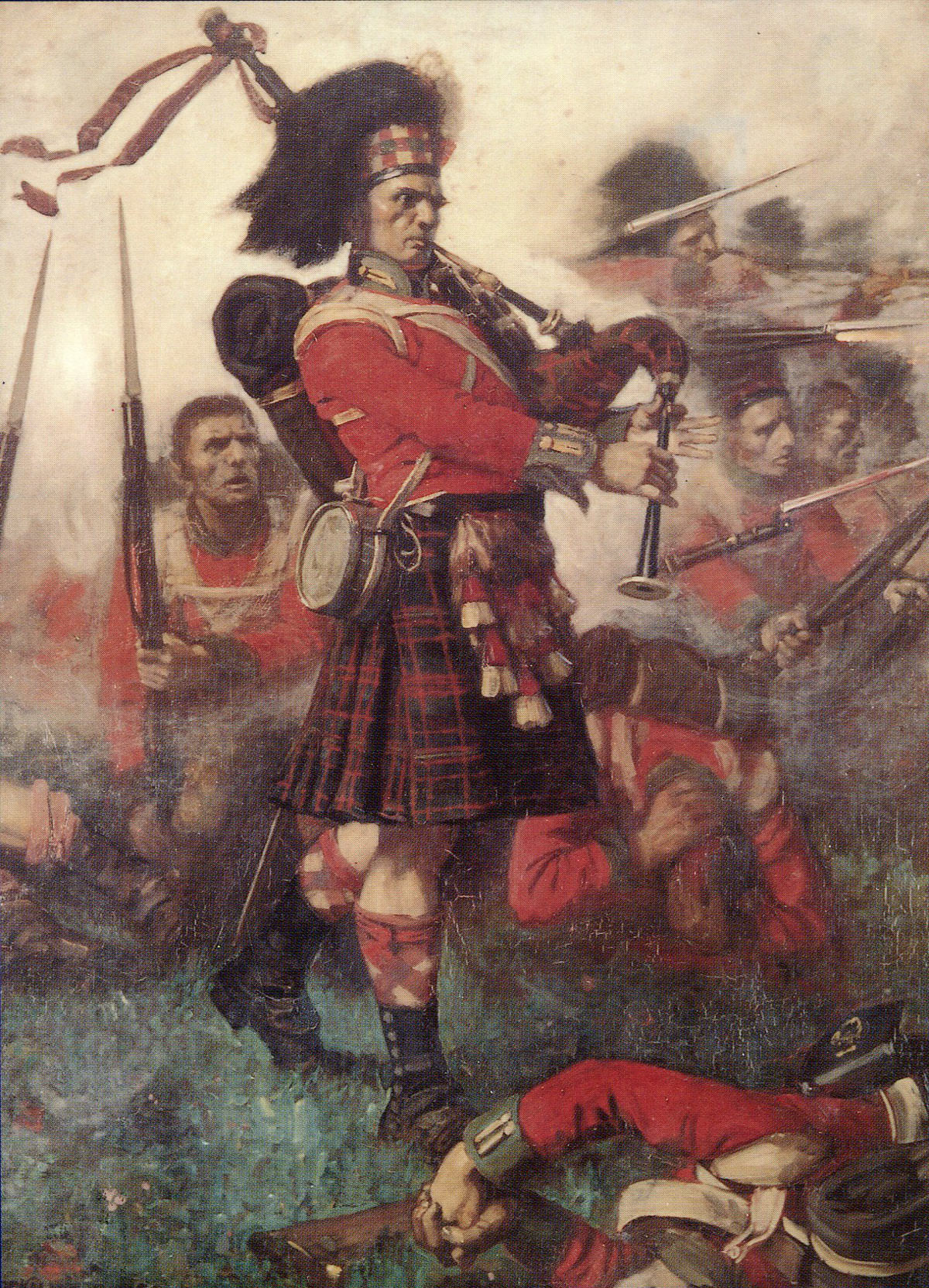 At the hight of the battle, after the 79th formed another square the men started to waver. At this point Piper Kenneth MacKay took up his pipes, stepped out of the safety of the square and started playing. As the French Cavalry attacked he marched around the square, in full view of the enemy and played the piobaireach “Cogadh no Sith,” also known as “War or Peace.” A few first-hand, written diaries of the battle make mention of this moment, making it one of the earliest accounts of a specific piobaireachd being played on the field of battle.