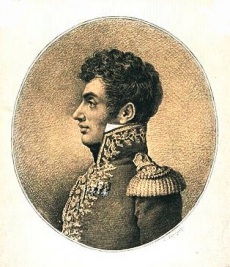 Commander of the 2nd Regiment Grenadiers of the Imperial Guard

Born in Strasbourg, Christiani was originally a private in the French Revolutionary Army and rose to high rank during the Napoleonic Wars (1803–1815). He was promoted to colonel on 5 June and particularly distinguished himself at the 1809 Battle of Wagram and on the 14 February 1810 Napoleon created him a baron. On 30 August 1813 he was promoted to Brigadier general.

During the 1814 campaign in north-east France at the Battle of Bar-sur-Aube on 27 February 1814, Christiani, at the head of a division of the Old Guard, attacked and drove back the Austrians and routed the troops of General Kleist. This feat of arms is quoted by Napoleon in his letters to the Empress. Christiani then defended Montmartre during the 1814 Battle of Paris against troops of the Sixth Coalition.

He died at Montargis in north-central France on 6 April 1840.